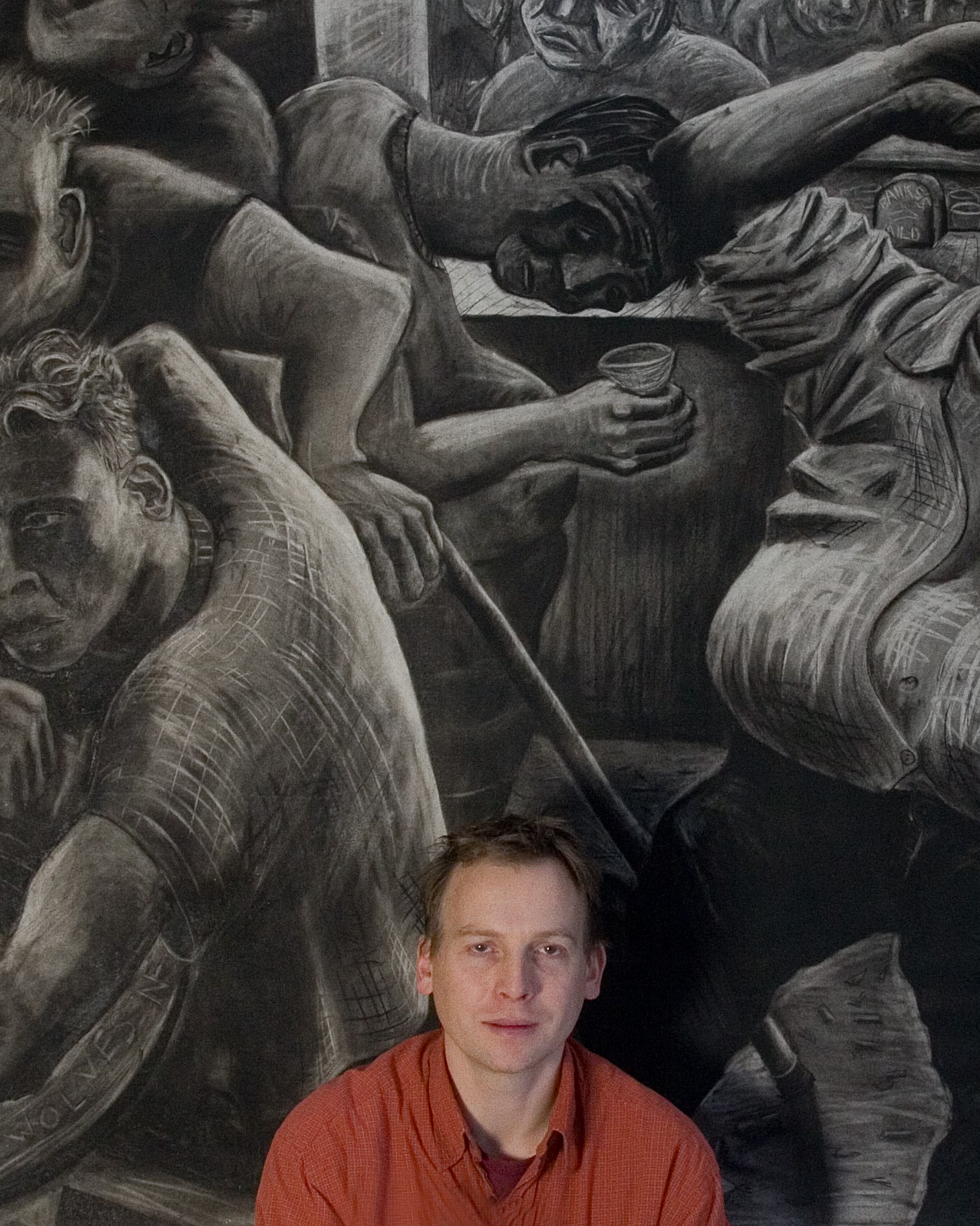 I am a practising artist who has had regular exhibitions for the last 25 years.  My primary research medium is drawing which is then expanded through printmaking and painting.

My work explores the tensions, fault lines and connections that exist between seemingly opposing forces in a world that is held in a state of perpetual antitheses.

My recent work uses wild birds as metaphors to explore global themes such as the dynamics of war and peace, nature and culture, dark and light, present and eternity, physical and spiritual, life and death.   My art simultaneously weeps for the world and celebrates the world.

A barrel bomb containing poison gas has just been dropped on a group of school children in Syria and at the same moment a curlew has called out loudly because I walked too close to its nest.   Free flying birds symbolising freedom are shown next to images of human decay, bondage and death because, every second of every day all of these things are happening simultaneously.

Humanity has become increasingly disconnected from nature with environmental degradation and pollution at crisis level, war and division the rallying cry from some world leaders and fundamentalist religion seeking to conquer and divide rather than spread unity and love.

The birds in my pictures fly over millions of people displaced and killed  by war atrocity and injustice , they fly over land and water killed by pollution and they also fly over the peace and harmony of St Ninian’s Isle in Shetland where in the winter the waters meet to create a pattern of mystical unity and  completeness.

If the birds in my drawings could tell us how to live what might they say to us as they journey around the globe witnesses to the mad chaotic and fragmented world of humanity.

A prayer for the healing of the nations: An exhibition of large scale drawings at Shetland Museum

How Then Shall We Now Live: A Solo Show of Large Scale Charcoal Drawings

Shetland
Art
Solo
Venues
Charcoal
Your message has successfully been sent.
Your message was not sent due to an error.
If you made any changes in Pure these will be visible here soon.