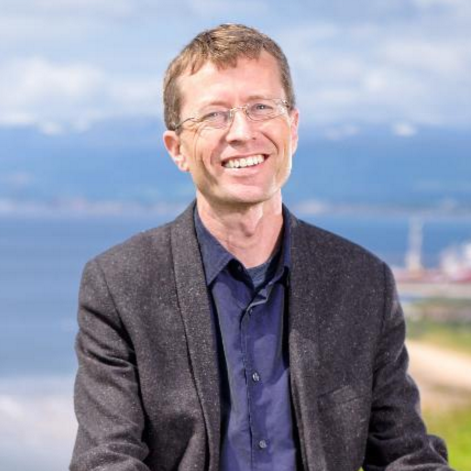 I have achieved and sustained an international profile in two research and publication areas. My main focus has been on Scottish (and wider British and Irish) ties with Poland and other parts of Central Europe, from c.1500-1800. This has attracted considerable esteem and international praise for highlighting the substantial nature of the migrations and other interconnections linking the peoples of the British Isles with continental Europe historically. It has inspired three of my four published books (two of them single-authored books ie. monographs) and most of my eighteen peer-reviewed full-length articles or book chapters. It has also, in part, led to my current writing (a book-length biography on the Rev. James Fraser (1634-1709), a northern Scottish minister and traveller, work which will position the Highlands of Scotland as a transnational, European space with imperial entanglements in the centuries before Culloden. In the last eight years, I have pioneered research and publication also in a second area, the now-flourishing field of coastal history. My work on the coast has developed momentum via three articles and, in 2017, an edited book, the first full-length volume ever published on that theme.

International esteem has grown via the extremely positive reception given to my four books to date. In recent years, I have taken up invites to give prestigious, keynote lectures at conferences in Poland (Scottish-Polish history) and France (coastal history) and delivered the second-ever History Scotland lecture in 2018, an ambitious, new series which aims to bring the ‘very best in historical scholarship’ to the Scottish public.

I have a strong track record of bringing in funding, and managing, major research projects to successful completion. To date, I have been lead applicant and/or PI for seven such projects, which have brought in over £400,000 of income, this excluding an additional income of £181,000 which I have secured as lead applicant and subsequent Director of Studies, for funded PhD studentships.

I have led the validation (2009) and reapproval (2014) of the Centre for History’s suite of research degrees, and will take this responsibility again in 2019.

My major research areas are:

Scotland and Central Europe in the Early Modern Period

British and Irish Emigration and Travel in the Early Modern Period

I have led the Centre for History through myself and the team's creation, development and roll out of a completely innovative and transformative set of learning materials for networked delivery, in the form of UHI’s entire undergraduate and taught postgraduate curriculum in History. Specifically, my first task on arriving at the Centre was to lead on the design, development and validation of two completely new awards for the university: its first joint honours degree and its first online, internationally-available masters programme, the first ever regional history programme in Scotland. We achieved those goals in 2009 and 2010 respectively, and the programmes - the BA (Hons) History and Politics and MLitt History of the Highlands and Islands - created the foundation for the Centre’s subsequent lead on fourteen joint undergraduate programmes and my oversight of the creation of five masters programmes. The latter is a scheme of degrees available locally and globally which has been recognised in glowing terms via both two re-approvals (2014-15, 2016-17) and student testimony. Theresa Mackay, a 2016 graduate of the original MLitt, described it as having: ‘…completely transformed my life, resulting in professional opportunities both at home and abroad that I never thought possible.’ I am currently backing our move forward towards expanding our masters provision in the area of Heritage and Critical Heritage in particular. Having been responsible for the development and leadership of fourteen UHI modules since 2008, and having contributed to teaching across a further twelve, this keeps me ‘close to the coalface’.

Doctor of Philosophy, University of Aberdeen

Peer Assessor for the Carnegie Trust

Member of the Scottish Parliament's Cross-Party Group on Poland

Member of the Council of the Scottish History Society

Member of editorial board for Northern Scotland

Honorary Research Fellow at the University of Aberdeen

Sugar, Slave-Owning, Suriname and the Dutch Imperial Entanglement of the Scottish Highlands before 1707

The Scots in Poland in Memory and History

The New Coastal History: Cultural and Environmental Perspectives from Scotland and Beyond

The New Coastal History: Cultural and Environmental Perspectives from Scotland and Beyond

Ferries in the Firthlands: Communications, Society and Culture Along a Northern Scottish Rural Coast (c.1600- c.1809)

The Scottish Community in Poland in History and Memory

The Scots in Poland in History and Memory

'Universities, Heritage Bodies and Scotland’s Regional Pasts: Evidencing and Transforming from the Highlands and Islands'

Sugar, Slavery and the North Highlands before 1707

Sport and Physical Education in the Northern Mainland Burghs of Scotland c. 1600-1800

File
Your message has successfully been sent.
Your message was not sent due to an error.
If you made any changes in Pure these will be visible here soon.